During the opening days of the 56th Venice Biennale (May 6-9 2015), ICF in partnership with University of the Arts London and supported by Arts Council England, curated a public programme of events with a group of UK-based curators and artists. The group was selected as a result of an open call out to practitioners to join the ICF team in Venice to actively participate and report back on the events. 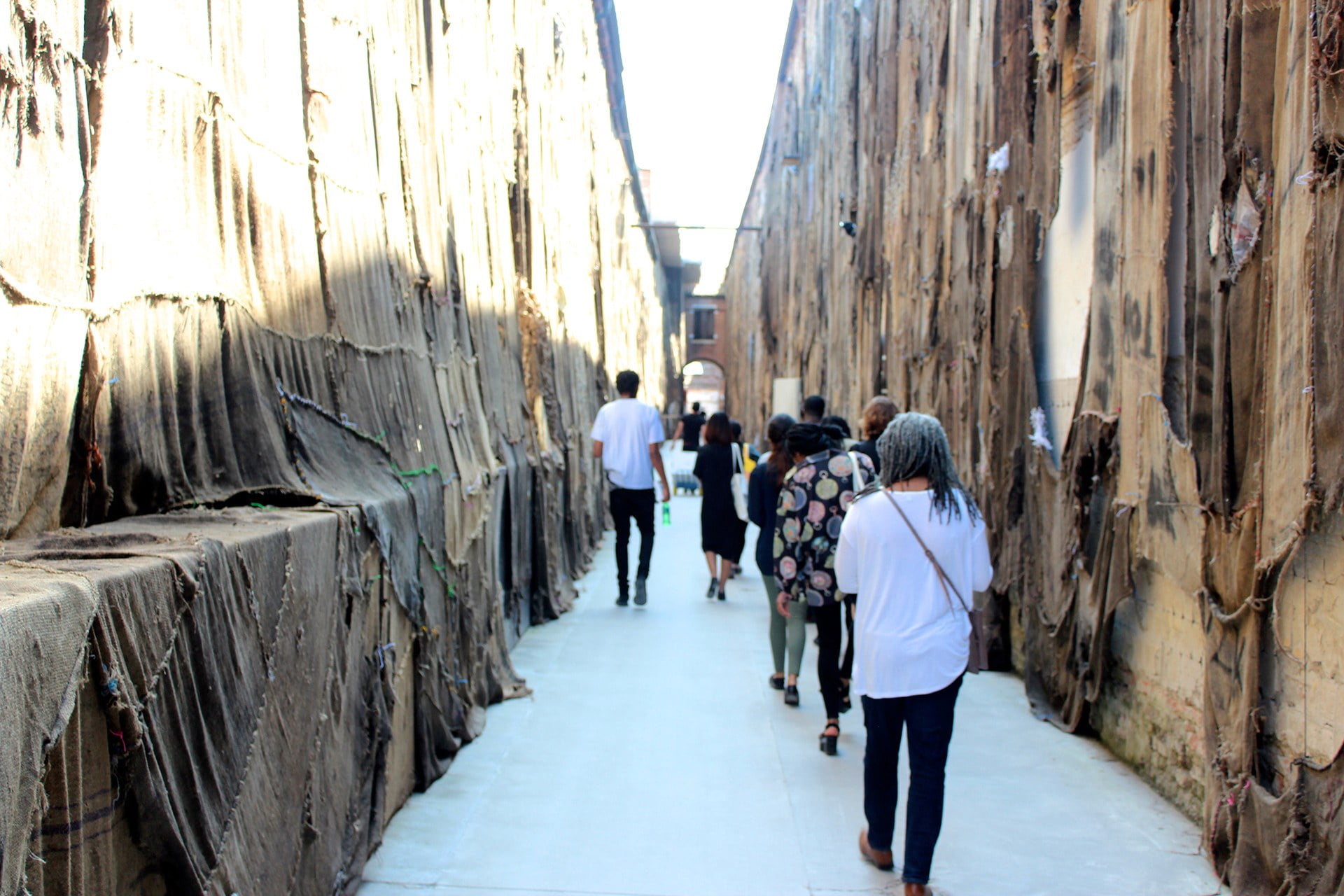 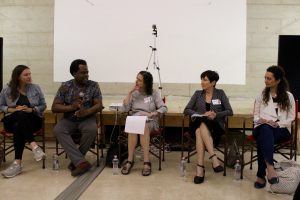 Sheikha Hoor Al Qasimi of the Sharjah Art Foundation, which partnered with ICF on the Curating the International Diaspora programme, gave the group a tour of the United Arab Emirates pavilion in the Arsenale and invited the group to a networking event for the UAE pavilion at the Peggy Guggenheim Museum on Curator’s tour of the UAE Pavilion on Saturday 9 May

ICF supported and participated in the 2015 Venice Agendas public symposium. The theme for this edition of VA was Crossing Boundaries – an open brief, which considered the many ways art not only trespasses geographical territories but how it crosses cultural, political and artistic boundaries.

ICF Creative Director David A. Bailey participated in a panel discussion under the title Closed Borders: Whose Boycott is it Anyway? which addressed the recent questioning of geographical boundaries globally, both democratically and by force, and the withdrawal of support by some European countries for various International artists and institutions that acts effectively as a boycott with cultural events being altered by political agendas. It set out to ask the questions: Is this a genuine support for civil rights or a convenient way for governments to play politics with culture; a boycott as a medieval throw back to the days of blockades and siege.  What is a boycott for, who is meant to benefit, who is meant to suffer?

ICF Chairman Mark Waugh and collaborator JW Stella chaired a panel entitled Open Borders: Where are you from? with speakers Marita Isobel Solberg (a musician, a visual artist and poet. A nomad of the world), Richard Demarco (curator of cross-cultural links, presenting artists such as Joseph Bueys and Marina Abramovic) Tony Heaton ( artist, Chief Executive SHAPE), Ala Younis (Artist and curator based in Amman) Gaynor O’Flynn (artist and pioneer in interactive, inter disciplinary art).

The discussion considered identity – asking the question ‘do artists belong to one culture or are they citizens of the world?’ There has always been an appropriation of artist’s heritage, but does art and culture belong to everyone? Debate asks questions about statehood, effects of global migration on cultural boundaries, and if it matters where you are from?

The 2015 Venice Biennale was of huge importance to the group given the ground-breaking work of its artistic director Okwui Enwezor and his connections to the ICF. Entitled All the World’s Futures, Enwezor’s Biennale explored “The ruptures that surround and abound around every corner of the global landscape today recall the evanescent debris of previous catastrophes piled at the feet of the angel of history in Angelus Novus. How can the current disquiet of our time be properly grasped, made comprehensible, examined, and articulated? Over the course of the last two centuries the radical changes have made new and fascinating ideas subject matter for artists, writers, filmmakers, performers, composers, musicians. It is with this recognition that the 56th International Exhibition of la Biennale di Venezia proposes All the World’s Futures a project devoted to a fresh appraisal of the relationship of art and artists to the current state of things”.

This trip would act as a springboard for launching the Diaspora Pavilion and Beyond the Frame professional development programmes. Both Khadija Saye and Kasia Sobucka would participate in those programmes, and Okwui Enwezor would later lead two masterclasses for ICF’s Beyond the Frame programme, one in February 2017 at Haus der Kunst in Munch and the other in Kassel in July 2017, during which he discussed his 2002 Documenta exhibition alongside curator Mark Nash and artist Isaac Julien, who would also become a mentor for and exhibiting artist in the Diaspora Pavilion project.