This film programme brings together works by six international artists that address certain geopolitical, historical, cultural and economic relationships between specific cities and places. It explores narratives of global connections and exchange through the films of Larry Achiampong, Madiha Aijaz, Iván Argote, Mohau Modisakeng, Amie Siegel and Sam Smith. Sam Smith’s film Lithic Choreographies examines the geological history of the Swedish island of Gotland, Larry Achiampong uncovers fragments of the forgotten empire of the United Kingdom in Relic 1, and Madiha Aijaz’s These Silences Are All The Words takes its lead from a series of conversations held in the Bedil Library in 2017, examining a range of topics in Pakistani history and culture. Mohau Modisakeng meditates on the types of migration to and from South Africa in his work Passage, Iván Argote digs an imaginary channel from Indonesia to Colombia in As Far As We Could Get, while Amie Siegel’s film The Architects moves through various architecture studios in New York City, gazing uncompromisingly at the highly networked production of global architecture.

In addition to the film screening, conceptual artist Peter Adjaye will present a new soundscape entitled Sumsum as part of his ongoing Music for Architecture project. 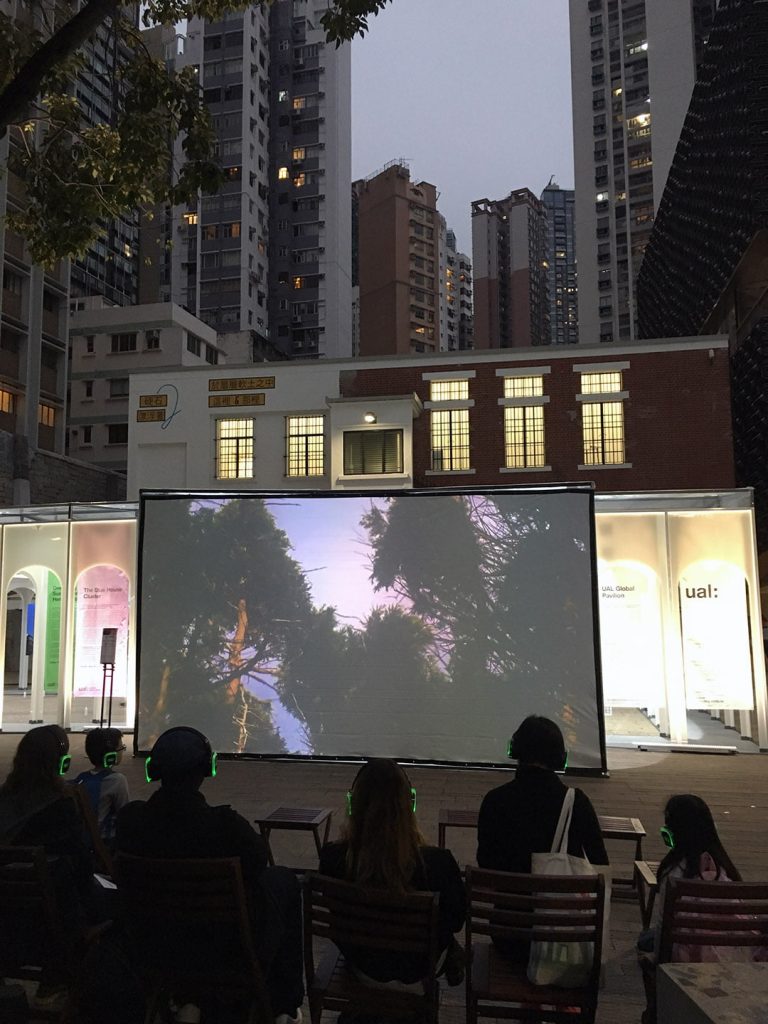 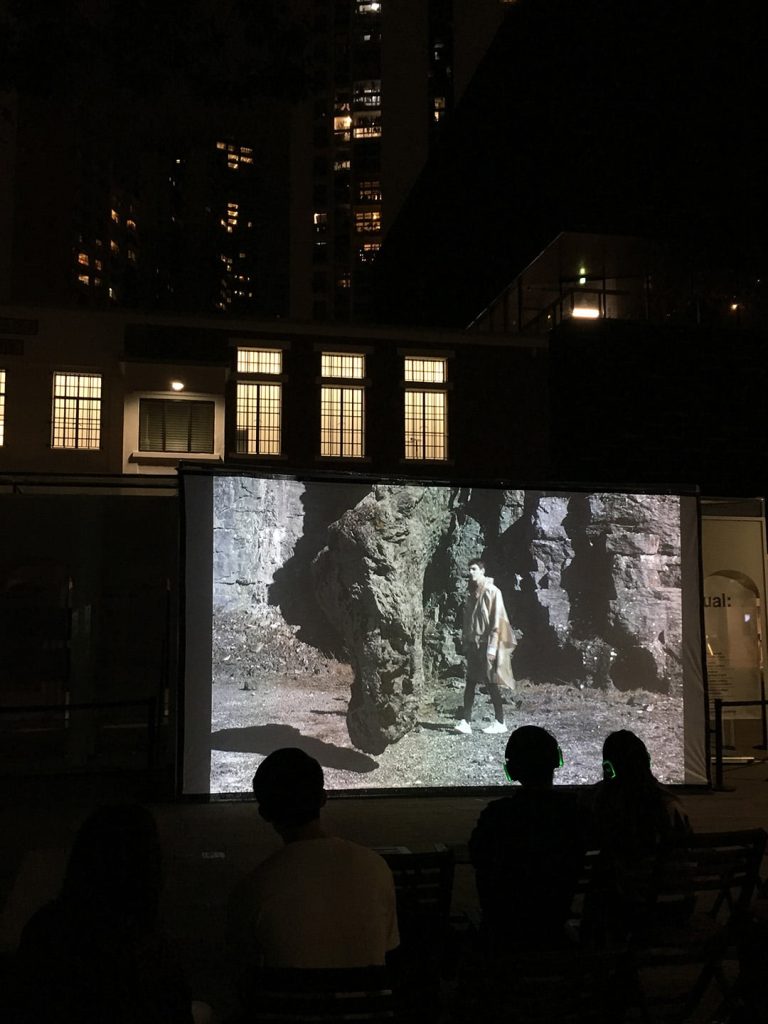 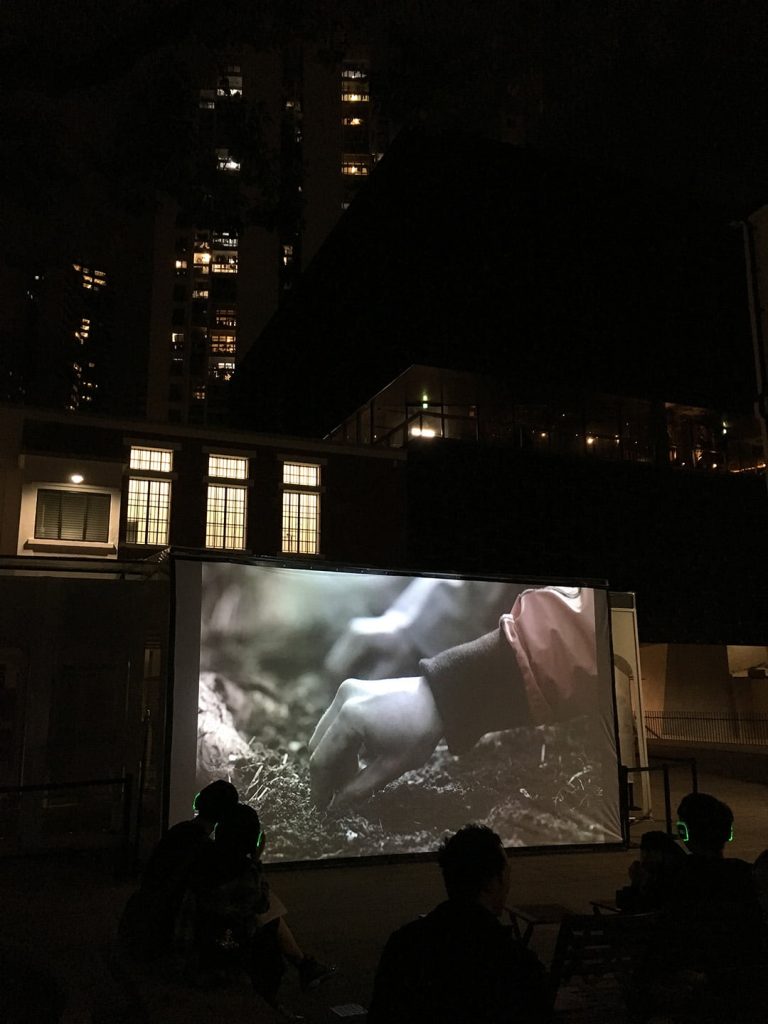 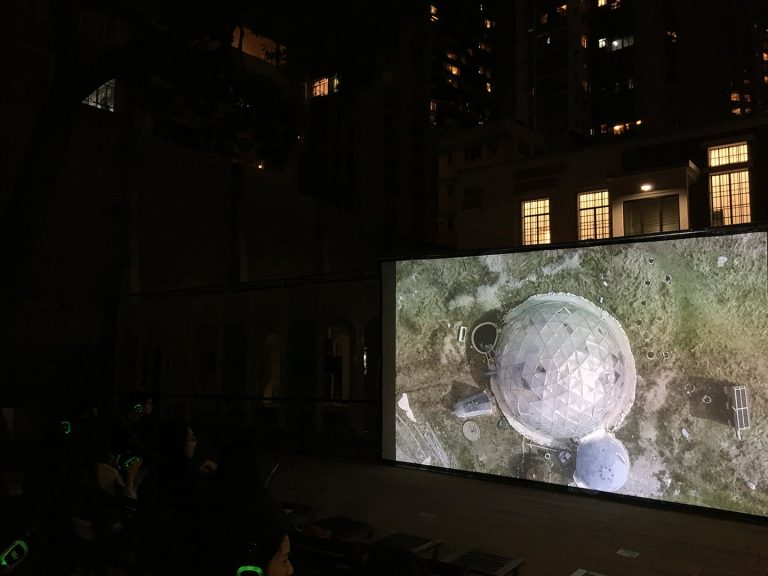 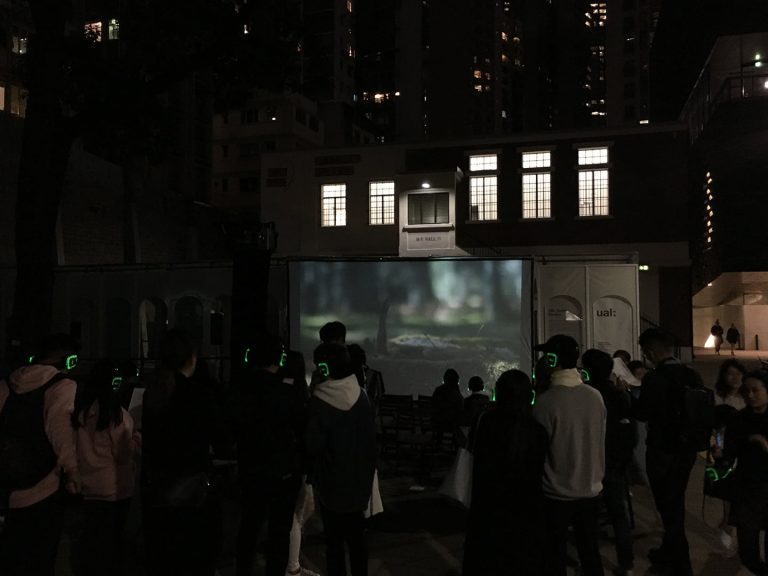 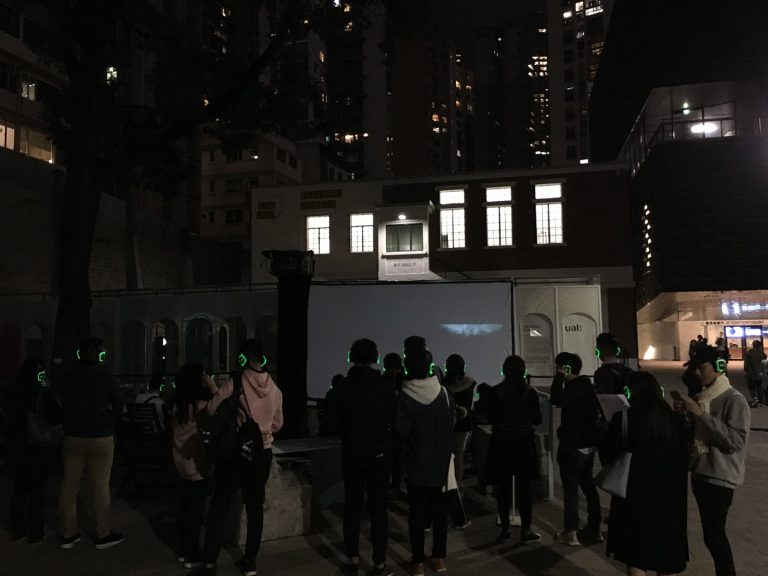 Larry Achiampong – Relic 1 (2017)
The second film in what is currently a quadrilogy, Relic 1 forms part of a new multi-disciplinary project by Larry Achiampong titled Relic Traveller, which manifests in performance, audio, moving image and prose. Centred within themes related to Afrofuturism, Relic Traveller takes place across various landscapes and locations; the project builds upon a postcolonial perspective informed by technology, agency and the body, and narratives of migration. This speculative project considers the current social and political climate of our time, especially the rise of nationalism within the global West and tensions surrounding moments such as the United Kingdom’s ‘leave’ Brexit vote in 2016. Meanwhile, the African Union’s Pan African passport programme (also established in 2016) points toward the potential opening of borders across a unified African continent in the future. In the short film, a Relic Traveller aparates in sites across a seemingly desolate United Kingdom including sites such as the sound mirrors (Dungeness), Gwenapp Pit (Cornwall) and Wanstead Flats (London). With a mission of uncovering fragments of audible data presenting clue-like testimonies to a forgotten Empire, the Relic Traveller soon finds themselves in an atmosphere that simultaneously delivers poetic moments of the sublime met with increasingly harrowing claustrophobia and tales of trauma. Thus resulting in a familiar feeling of otherness, we are invited on a journey that embodies hysteria. Relic 1 was realised with funding from PS/Y and Arts Council England.

Madiha Aijaz – These Silences Are All The Words (2017-2018)
Taking its lead from a series of conversations held in the public libraries of Karachi, this work examines language in a postcolonial urban environment. Yet rather than allowing the viewer to witness these interactions in their entirety, Aijaz presents them as a series of oral fragments. Set against a backdrop of overflowing bookcases, black and white portraits and unoccupied desks, these reflections offer an insight into the formal structures and historical conventions at play in Persian and Urdu literature holdings. In this regard, the film also functions as a testament to the linguistic diversity of Karachi and Pakistan more broadly; a gesture that ultimately serves to unite the work with its accompanying materials. These Silences Are All The Words was commissioned by Liverpool Biennial, Karachi Biennale and The Tetley, as part of the New North and South, in collaboration with Hospitalfield and ROSL Arts.

Mohau Modisakeng – Passage (2017)
Passage meditates on slavery’s dismemberment of African identity and its enduring erasure of personal histories. In the film, we are confronted with a character – a woman with a hawk perched on her arm, a young man in a Trilby hat and a woman wrapped in a Basotho blanket. The arched shape of the boat frames each passenger with their heads pointed towards the prow of the boat, they are each traveling with a single possession. As the passengers lie motionless on their backs looking up at the sky they begin to perform a series of actions that move between gestures of struggle and resignation. A pool of water slowly forms beneath their bodies. The rising water gradually floods the well of the boat eventually leaving the passengers submerged while the boat is slowly sinking and eventually disappearing. In Passage, the ebb and flow of water, as both life giving and deadly, symbolises the many who have arrived or departed from South Africa in trade, as cargo or as transient bodies belonging to no particular state. In South Africa, systems of indentured labour and slavery were instituted by the Cape Colony in 1652 to meet the growing demand for labour. Dutch settlers imported people from the Indian subcontinent, Indonesia, Madagascar, East Africa and Angola, putting them to work on plantations and at ports. South Africa became a jostling ground between the Dutch and British, its native people rendered as mere commodities moving through the establishment of an industrialised mining economy, as labourers and as soldiers in the Anglo Boer and world wars. In Setswana the experience of life is referred to as a ‘passage’. The Setswana word for life, botshelo, means ‘to cross over’. As such, all human beings are referred to as bafeti (‘voyagers’), a word that points to the fact that the experience of life is transient; it has a beginning and an end, as with any voyage. Passage was commissioned by the South African Department of Arts and Culture on the occasion of the 57th International Art Exhibition – La Biennale di Venezia with the support of Ron Mandos, Tyburn and Whatiftheworld Gallery. The film features a score composed by Neo Muyanga and commissioned by the KT Wong Foundation with the support of Lady Linda Davies.

Sam Smith – Lithic Choreographies (2018)
Lithic Choreographies is an experimental documentary shot on the Swedish island of Gotland. It mines historical data, mingling it with speculative fictions, to chronicle different chapters embedded to the island’s geological strata. Working with locals to ground the film’s investigations within the myriad communities of Gotland, Smith seeks to re-imagine our modes of engagement with and contributions to ecological assemblages. Scanning the landscape characterised by palaeo-sea-stacks, fossil coastlines, concrete production plants and limestone quarries, the film focuses a lens on minerals circulated in economic, cultural and agricultural contexts. Lithic Choreographies was commissioned by International Art Space for spaced 3: north by southeast and produced in collaboration with Baltic Art Center. Courtesy the artist and 3+1 Arte Contemporânea, Lisbon.

Amie Siegel – The Architects (2014)
The Architects cuts transversally through the city of New York, moving through various architecture studios, from Fifth Avenue to Downtown to Brooklyn, creating a seamless timeline and a singular visual unfolding. The camera’s ceaseless parallel tracking takes in vast office spaces and gazes uncompromisingly at the highly networked production of global architecture. The view into this world is obscured by surfaces and layers of representation; facades, paintings, models, screens, windows – the very architectures of looking and seeing. The locations, objects and long horizontal desks frame the wide spectrum of practice, unveiling typologies of sameness and difference through the offices, between the lens of the camera and the view of Manhattan, always, and only, just outside the window. The Architects was commissioned by Storefront for Art and Architecture, New York, as part of OfficeUS, the U.S. Pavilion at the 2014 International Architecture Biennale – La Biennale di Venezia. Courtesy the artist and Simon Preston Gallery, New York

Iván Argote – As Far As We Could Get (2017)
As Far As We Could Get contains documentary and fictional elements. Argote digs an imaginary channel from Indonesia to Colombia, or from the municipality of Palembang to a town called Neiva. The two cities are exact antipodes (a rare coincidence that only six more cities share worldwide). In both locations, the artist rented large billboards to announce simultaneously a feature film named La Venganza Del Amor (The Revenge of Love). Iván Argote boarded a plane to fly from South America to Asia. In either continent, and with the same directives, he met locals on a level playing field. His main focuses are young adults that are coincidentally born on the day the Berlin Wall came down. While enriching a once-in-a-century event with personal biographies, Argote investigates feelings as the tissue that takes influence on both, history and memory. Switching back and forth between two locations, the camera records more similarities than differences, brought to the point by bouncing basketballs always obeying gravity, thus drawing an imaginary line to the center of the world. The balls read as agents of globalisation mediating between continents but also between the world of leisure, sports marketing (the branding of basketball players began in the USA in the 1980s), neoliberalism, and contemporary art.

ICF was commissioned to curate this project by Chelsea College of Arts for the UAL Global Pavilion at Tai Kwun as part of the British Council Spark Festival.