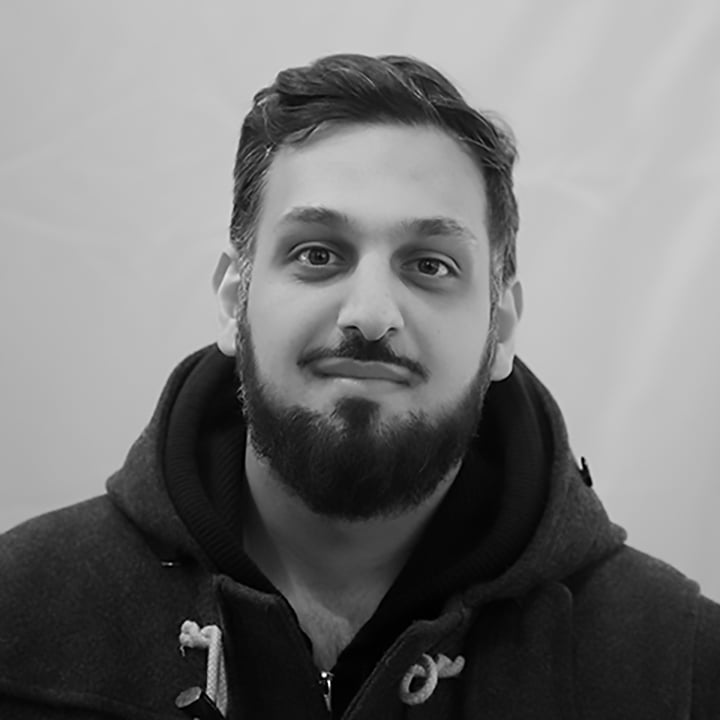 Abbas Zahedi (b. 1984, London) is a multi-disciplinary artist based in London. His practice ranges across sound, moving image, installation, performance and participatory events, which entwine expressive and socially engaged modes of being.

Zahedi’s current practice is influenced by his concept of neo-diaspora – as the predicament of being a second generation migrant, in a hyper-connected world. For the artist, this reality is no longer marked by the traditional understanding of diaspora, as a movement from the margins to the metropole; but instead, it is a paradox of survival, within a complex and transitional state of belonging to multiple imaginal spaces. He is particularly invested in the intersections of personal and collective history, and the use of language to navigate various processes of transformation.

Zahedi has exhibited his work at shows and festivals in London, Oxford, Cambridge and Venice. He was an artist with the Urban Dialogues programme of exhibitions and academic salons (2012-2016), in association with Sotheby’s, White Cube and King’s College London. In 2015 he performed poetry from his work at the Bradford Literature Festival and was a featured performer at the Hammer and Tongue finals in Camden.

Zahedi has used his practice to develop a number of grassroots initiatives, such as Rumi’s Cave, and has run multiple workshops, talks and events at venues including Rich Mix, Red Gallery, St. Ethelburga’s centre, SOAS, UCL and JW3. In 2017 Abbas was awarded a fellowship from the School for Social Entrepreneurs (PwC) in recognition of his innovative approach to working with migrant communities in the U.K.