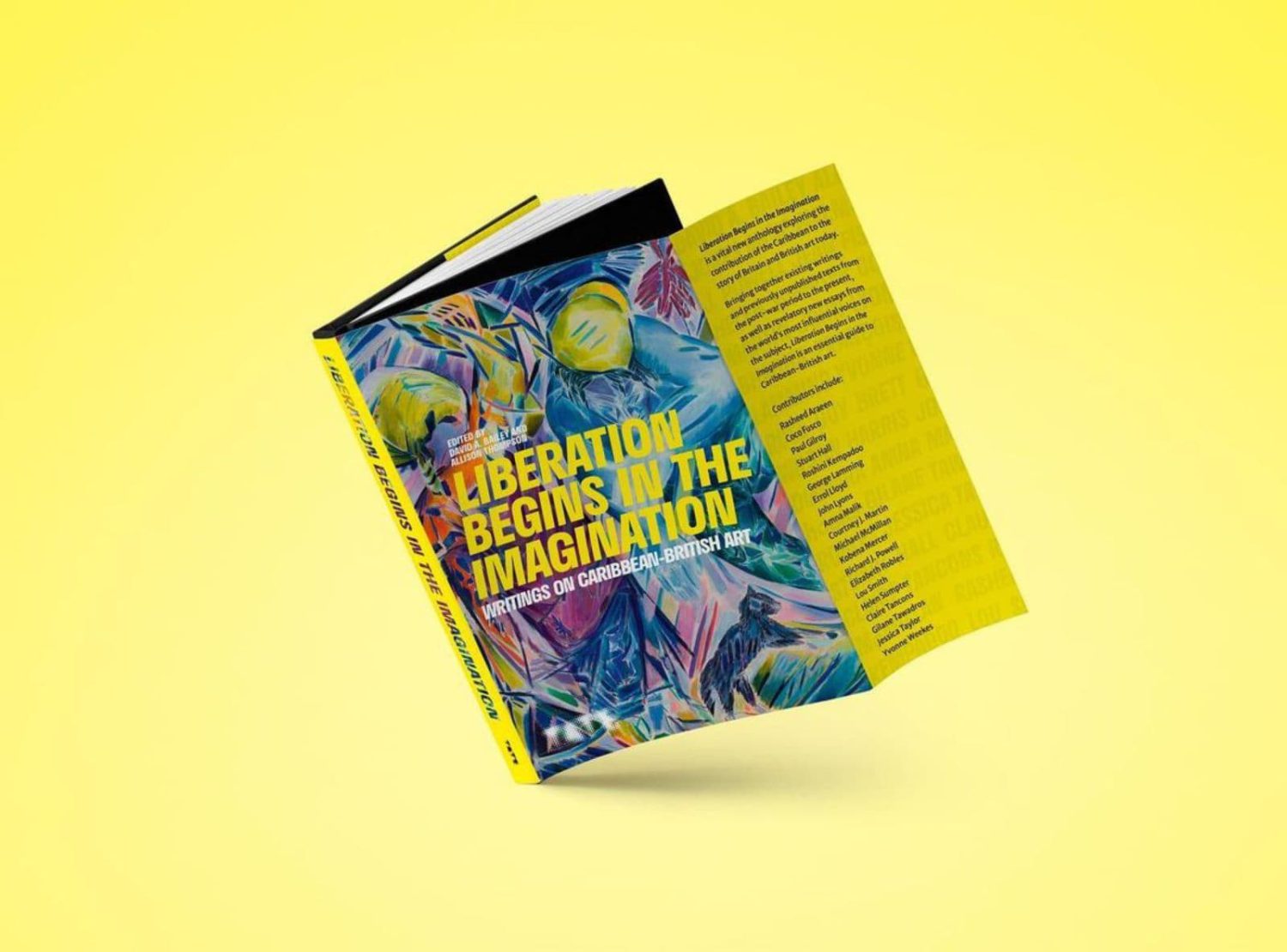 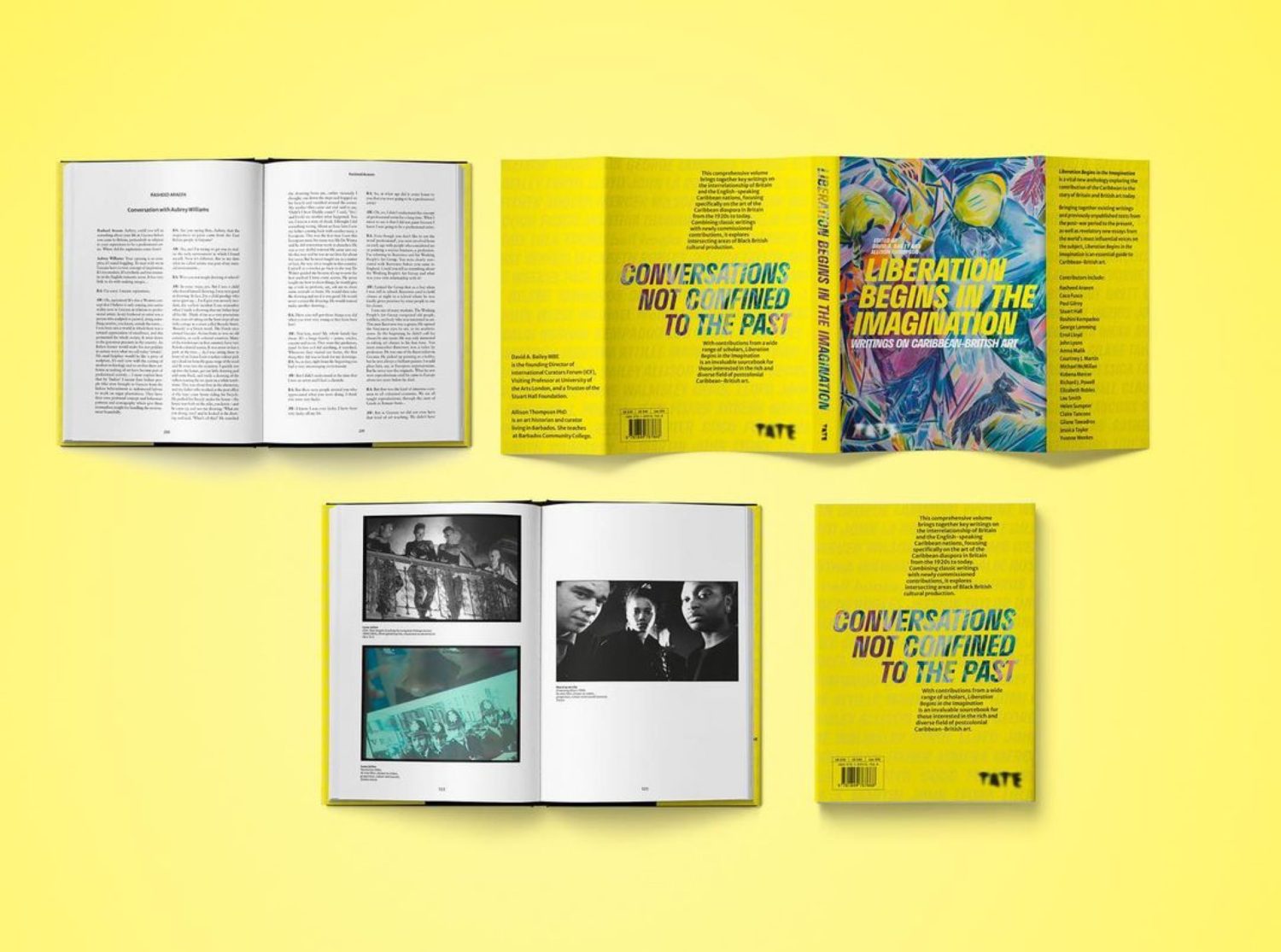 Liberation Begins in the Imagination: Writings on Caribbean-British Art, Publication Signed by David A. Bailey

ICF is selling special copies of our most recent publication, Liberation Begins in the Imagination, an essential anthology on Caribbean-British art signed by our Artistic Director and one of the editors of the volume David A. Bailey.

Liberation Begins in the Imagination brings together existing writings and previously unpublished texts from the post-war period to the present, as well as revelatory new essays from some of the most influential voices on the subject.

Today, around a million British people are of Caribbean descent, reflecting a history of post-war migration that essentially begins and ends with the Nationality Act of 1948 and the Immigration Act of 1972 – the so-called Windrush Generation. For many, London in particular was where the cultural archipelago of the Caribbean came together for the first time – communication and travel between the islands being difficult. This Caribbean-British connection gave rise to a diverse, complex and exciting wealth of Black cultural forms.

At one end of the spectrum, Caribbean-British art is abstract, symbolist and at times cosmological; at the other it is socially realist, with many other positions in between or off that spectrum. Where art is engaged with changes in society, it evokes a community’s struggle to forge an identity and livelihood for itself in an environment that often proved hostile. Other works evoke deeper historical experiences, in particular the traumatic after-images of plantation slavery and its legacy in culture and society.

This comprehensive volume brings together key writings on the interrelationship of Britain and the English-speaking Caribbean nations, focussing specifically on the art of the Caribbean diaspora in Britain from the 1920s to today. Combining classic writings with some newly commissioned contributions, it explores intersecting areas of Black- British cultural production and reflects the diversity of the Black-British experience. With contributions from a range of scholars, Liberation Begins in the Imagination is an invaluable sourcebook for those interested in the rich and diverse field of postcolonial Caribbean-British art.

The publication of this anthology was made possible with support from the Hutchins Center for African & African American Research, Arts Council England, DCMS Culture Recovery Fund and University of the Arts London.

‘Liberation Begins in the Imagination’ has been published to correspond with a major exhibition at Tate Britain ‘Life Between Islands: Caribbean-British Art 1950s – Now’, which has been co-curated by ICF’s Artistic Director David A. Bailey. The exhibition celebrates how people from the Caribbean have forged new communities and identities in post-war Britain – and in doing so have transformed what British culture and society looks like today. It includes work by over 40 artists including John Lyons, Paul Dash, Alberta Whittle, Aubrey Williams, Ada M. Patterson, Blue Curry, Denzil Forrester, Claudette Johnson and many others.