Dr. Paul O’Neill is an Irish curator, artist, writer and educator. He is the Artistic Director of PUBLICS, a curatorial agency with a dedicated library, event space and reading room in Vallila Helsinki, known for its industrial working class histories and, more recently, for its influx of divergent artistic and academic communities.

Between 2013-17, he was Director of the Graduate Program at the Center for Curatorial Studies (CCS), Bard College. He was international tutor on the de Appel Curatorial Program, Amsterdam, and international research fellow with The Graduate School of Creative Arts and Media, Dublin. From 2007 to 2010, he was responsible for directing the major international research program Locating the Producers at Situations, University of the West of England, Bristol. He has previously held lecturing positions on the MFA in Curating, Goldsmiths, University of London and Visual Culture, Middlesex University, amongst others. Between 2001 and 2003, he was the Curator of London Print Studio Gallery, where he curated group shows such as Private Views; Drawn Out; Frictions; and A Timely Place…Or Getting Back to Somewhere. He was Artistic Director of Multiples X from 1997 to 2006, an organization that commissioned and supported curated exhibitions of artist’s editions, which he established in 1997 and included exhibitions at spaces such as the ICA, London; Temple Bar Gallery, Dublin; Ormeau Baths, Belfast; Glassbox, Paris, and The Lowry, Manchester. O’Neill has co-curated more than fifty exhibition projects across the world. His writings have been published in many books, catalogues, journals, and magazines and he is a regular contributor to Art Monthly. He is Reviews Editor for Art and the Public Sphere Journal and on the editorial board of The Exhibitionist, and The Journal of Curatorial Studies. He is editor of the curatorial anthology Curating Subjects (2007), and co-editor of Curating and the Educational Turn with Mick Wilson (2010), both published by de Appel and Open Editions (Amsterdam and London), and author of Locating the Producers: Durational Approaches to Public Art (Amsterdam, Valiz, 2011), edited with Claire Doherty. He recently completed the authored book The Culture of Curating, the Curating of Culture(s), (Cambridge, The MIT Press, 2012). 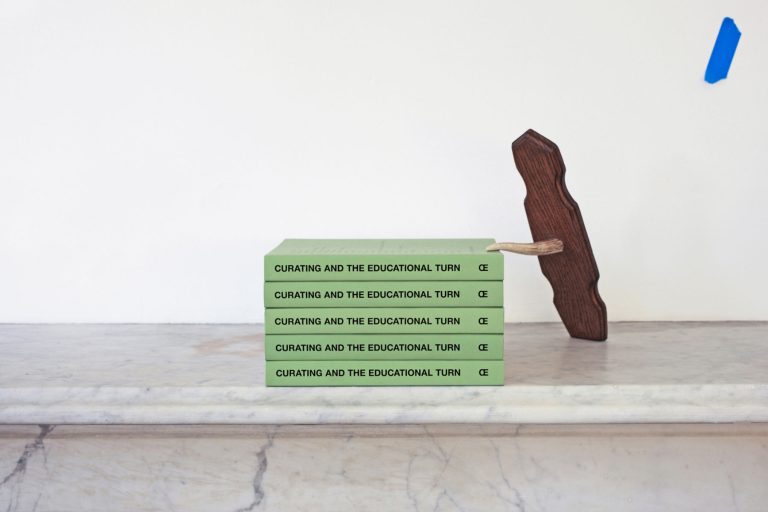