Lynn Parotti is preoccupied with the environment in all its multifaceted connotations. She has a consuming passion for the natural landscape of the Bahamas where she was born, particularly the intoxicating world of the ocean. But she is equally concerned with the social geography of place; the human experience and relationship to these locations, the historical traces, the economic and environmental impact and consequences. Her sensuous revelling in the beauty of nature is increasingly counter-balanced by a politicised awareness of its imperilled state due to climate change and the attendant crises of rising sea levels, the depletion of natural resources, the consequences of coral bleaching, the availability of clean water. She also references the human toll through allusions to migration, coastal communities, substance fishing and poverty. 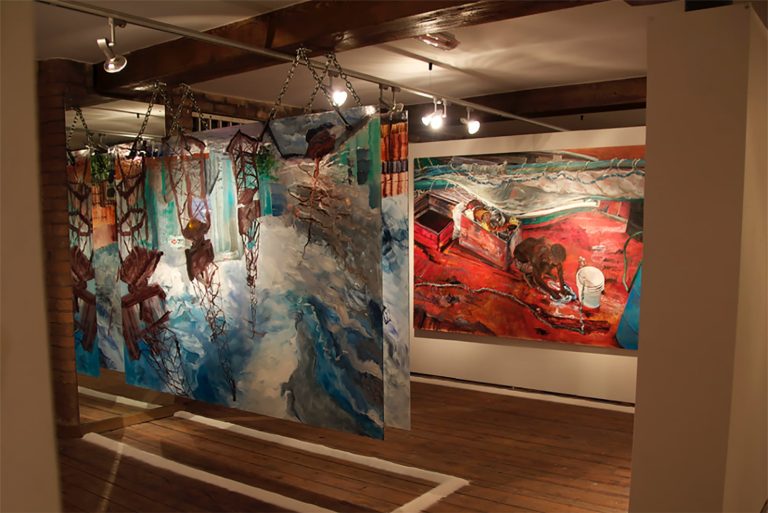 Lynn Parotti first studied painting at the State University of New York at Purchase where she received a BFA in 1990. She participated in the Artist’s Residency, Skowhegan School of Painting and Sculpture in Maine in 1992 and subsequently completed an MFA in Painting and Printmaking at the Virginia Commonwealth University in 1993. From 1995 to 2007 she was Artist in Residence at The Chelsea Children’s Hospital School, London.

Early exhibitions include When the Bough Breaks at the Chelsea Arts Club, London (2007); Limit, a joint exhibition with her sister, artist Holly Parotti at Popop Studios International Centre for the Visual Arts in Nassau (2008); and The Force that Through the Green Fuse Drives the Flower at the Imperial Wharf in London (2009). Parotti was one of five Bahamian artists included in the Caribbean Pavilion along with artists from Barbados and Martinique. Curated by David A. Bailey, the exhibition formed part of City States, staged at the Contemporary Urban Centre in conjunction with the Liverpool Biennial in 2010.

During 2015-16 Parotti’s work was exhibited in Nassau Calling: Art in the Bahamas (re)-visited at Hilger Brot Kunsthalle in Vienna, curated by Amanda Coulson and Ulrich Voges. The following year, she showed in Overseas: Cuba and the Bahamas. Contemporary art from the Caribbean, curated by Holly Bynoe and Antonio Eligio (Tonel) at Spinnerei Galleries in Leipzig.

Her work was also included in Relational Undercurrents: Contemporary Art of the Caribbean Archipelago curated by Tatiana Flores and exhibited at the Museum of Latin American Art in California, and subsequently at the Wallach Art Gallery in New York and the Patricia and Phillip Frost Art Museum in Miami (2017-18) followed by the Portland Museum of Art and The Delaware Art Museum (2019). Her paintings and photographs were shown in Arrivants: Art and Migration in the Anglophone Caribbean World, curated by Veerle Poupeye and Allison Thompson at the Barbados Museum 2018-19).

Recent solo exhibitions focused on the effects of global warming on corals and reefs; Time Under Tension at the D’Aguilar Art Foundation in Nassau, The Bahamas, (February 7-March 18, 2019) and 2 Degrees C at The Current: Baha Mar Gallery, Scope Art Show, Miami Beach, (December 3-8, 2019).

Parotti has recently had her solo show Inherit the Earth at the National Art Gallery of the Bahamas, (April 16–Oct. 17, 2021). Inherit the Earth explored human’s contribution to climate change and to the Anthropocene. This was followed by her participation in the group show The Other Side of the Pentaprism at Tern Gallery in Nassau, (Aug 26-Oct. 30, 2021.) 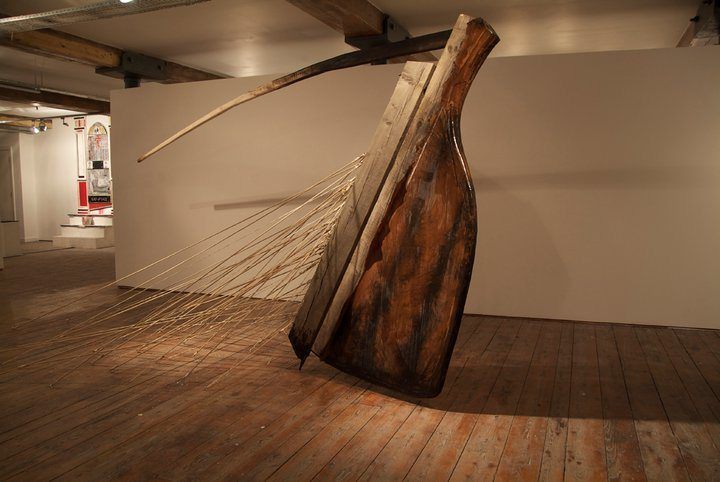 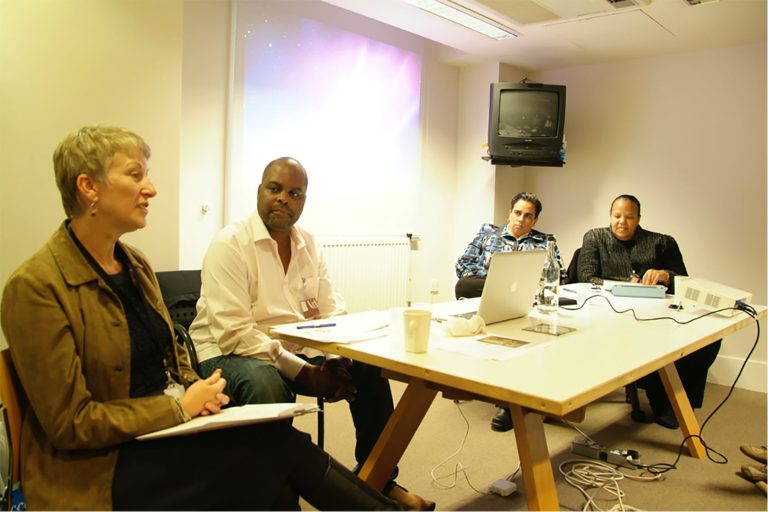