Dr Lina Džuverović is an independent curator and Lecturer in Arts Policy and Management at Birkbeck’s Department of Film, Media and Cultural Studies, which she joined in 2018. She is also the Co-Director of BIRMAC – Birkbeck Interdisciplinary Research in Media & Culture Centre. Her research focuses on feminist art histories and contemporary art as a site of solidarity and community-building. She founded the Decolonial Feminist Forum at Birkbeck in 2019 and her practice-led research often takes the form of workshops, discussions and collaborative writing within this forum. Since 2019, her research has centered on explorations of gendered divisions of labour within art collectives under the umbrella project And Others: The Gendered Politics and Practices of Art Collectives, which has been supported by Birkbeck School of Arts strategic research funds and a Faculty Grant by the Center for Human Rights & the Arts at Bard College.

Previously Lina was Lecturer in Fine Art the Reading School of Art, University of Reading. Between 2011 and 2013 she was Artistic Director at Calvert 22 Foundation. Prior to this she spent seven years as Director of Electra, a London-based contemporary art organisation which she co-founded in 2003. In 2006 Lina was named the 2006 Decibel Mid-Career Curatorial Fellow by Arts Council England (an award given to one curator every two years) and received this prestigious award towards professional development and R&D of a major exhibition.

In 2016 she curated ‘Monuments Should Not Be Trusted’ for Nottingham Contemporary. The exhibition and associated events brought together varied artistic practices and material culture from the former Yugoslavia, from the 1960s and1970s. Džuverović’s PhD (Pop Art Tendencies in Self-managed Socialism: Pop Reactions and Countercultural Pop in Yugoslavia in 1960s and 1970s), which was funded by a collaborative award (AHRC) between Tate and the Royal College of Art, contributed towards Tate Modern’s exhibition The World Goes Pop (2015). 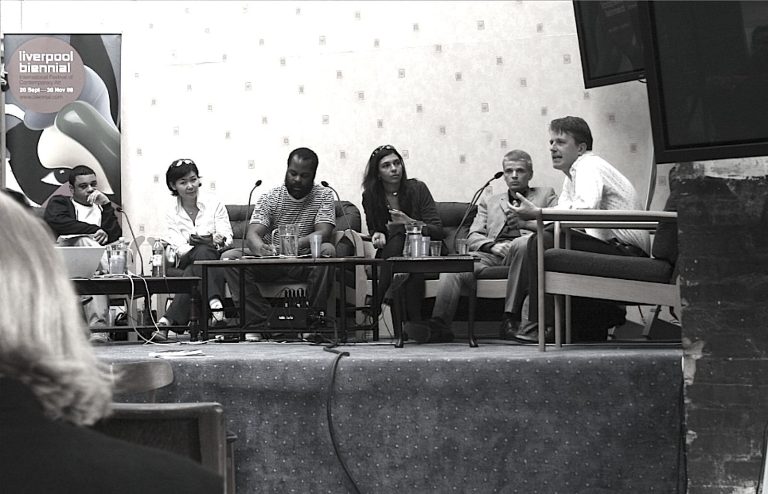