Born in London, of Indo-Caribbean heritage, his career began designing carnival in Trinidad and the UK. He links his layered identities: from his families´ distant Indian heritage; being a gay Muslim raised in diverse London; to contemporary phenomenon of cultural confusion; more about the projects, resulting in highly personal projects, often presented in different locations for an audience as diverse as himself.

Keith created a company, called “Moti Roti” which existed from 1989 (closing in 2011) presenting work with diverse audiences, particularly South Asian. They produced a range of thoughtful offerings, grounded in cultural omission or popular tropes. Tropical fish and embroideries were the stars of “Captives” for the Walsall Museum and Art Gallery. “Wigs of Wonderment”, discussed gender, in a one to one experience with a cast of women of colour. “Plain Magic” was presented in tents at Asian melas. The film “Sweet and Spicy” featured animations and interviews with Bangladeshi restaurateurs. Bollywood playback singing underpinned he work “Moti Roti” (created in 1992, toured until 1994). This show won a “Time Out Dance and performance Award”. The theme of cultural masking, from the call centres in Bangalore to North America, featured in “Alladeen” in collaboration with The Builder´s Association (2002 and toured until 2005). This piece won an OBIE (for Outstanding Production in 2005-2006).

In parallel, Keith used his design and scale skills to create a range of public spectacles, in stadia, streets and buildings. Some were produced under the vehicle of moti roti, many independently. He was the designer for the “Central Show” in the millennium dome, working with Peter Gabriel, Mark Fisher and Robert Lepage. He was the design director of the “Commonwealth games” in Manchester, and staged the “Commonwealth Parade” for The Queen´s Jubilee.

His beliefs in community and education, led him to two positions: first, Chief Executive of Rich Mix, then Head of Culture for the London 2012 Olympic Games. With both he created management and structures that valued community, people and forms of cultural expression outside of institutions. His drive to try and change cultural hegemony resulted in him serving on both on London Arts Board, and for 9 years on the National Council of the Arts Council. In 2014, his back catalogue of archive materials and costumes was acquired by the Victoria and Albert Museum. The moti roti archive resides with The National Archive.

Khan´s current works are created from his primary source of displacement. He has made a series of films in China and India featuring artists and cultural commentators talking about their neighbours. He is working on digital platforms with animation. The film Z (Zeta) a film exploring Spanish Catholic religious iconography will be premiered by LADA (Live after Development Agency) in June. His two films, “Chayatantra” and “”Sweet and Spicy” will be released by the BFI later this year. 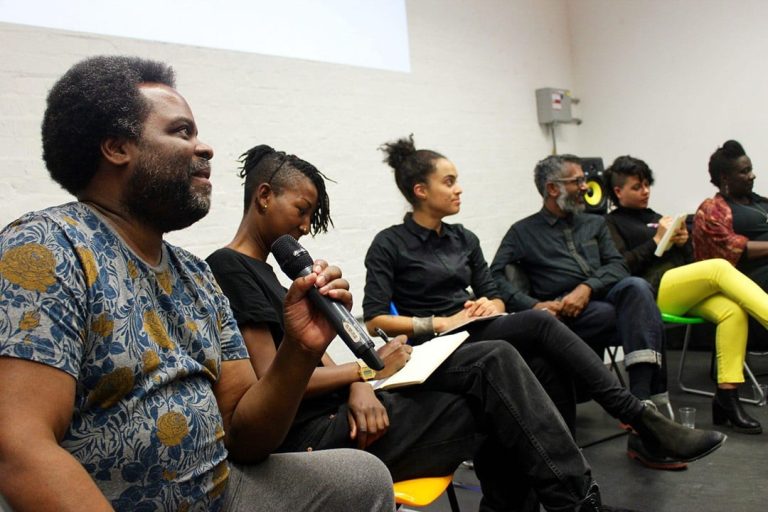 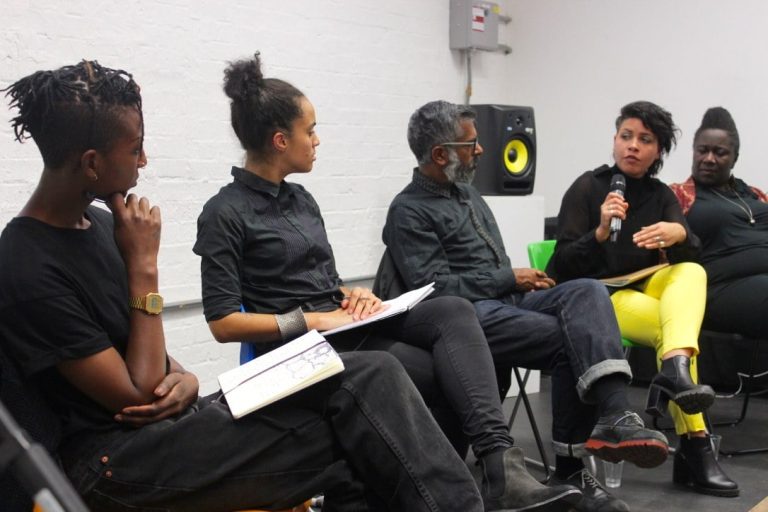 FANON Now - On The Legacy Of Mirage Enigmas Of Race, Difference & Desire

FANON Now - On The Legacy Of Mirage Enigmas Of Race, Difference & Desire