John Lyons is a painter and poet, born in 1933 in Port-of-Spain, Trinidad and Tobago. When he was nine, his mother died after a short illness and he and his three siblings moved to rural Tobago to live with his grandmother. There, he discovered and sought refuge in the works of Walter Scott, Conan Doyle, and other authors he was able to find in the library in Scarborough. In 1948 Lyons returned to Trinidad to live with his father and stepmother. After successfully passing the Senior Cambridge exam, Lyons had to forego further study to lessen the financial burden on his family. He passed the Civil Service entrance examination and worked for five years in the Civil Service, during which time he continued with his passion for writing and painting.

​In 1959 Lyons was accepted into Goldsmiths College in London, and graduated in 1964 with a National Diploma of Design. He gained an Art Teachers’ Diploma at the University of Newcastle-upon-Tyne in 1965; his first job was at South Shields Grammar Technical School for Boys. In 1967 he moved to Manchester where he worked in secondary schools for nine years, before becoming an Art and Design lecturer in South Trafford College. He taught at the college for seventeen years, all the time continuing with his writing and painting. In 1987 Lyons won a number of poetry prizes: second prize in the Cultureword Poetry Competition; the Peterloo Poets Afro-Caribbean and Asian prize; a commendation in the National Poetry Competition, and in the Peterloo Poetry Competition.

​Lyons was co-founder of the Hourglass Studio Gallery in Hebden Bridge, West Yorkshire, where he directed art and Creative Writing workshops with his partner Jean Rees. The arts educational arm of the organisation became a charity, and he remained on the Board of Trustees until 2009, when it lost its Art Council funding in the general cuts.

​Lyons first full collection of poems, Lure of the Cascadura, was published in 1989 by Bogle L’Ouverture Publications, for which he received a major Arts Council award. In 2003 he was given the Windrush Arts Achiever Award. Aside from his numerous contributions to poetry anthologies, he has 8 published poetry collections, the most recent being: A Carib Being in Cymru and Dancing in the Rain, both in 2015.

​Lyons has been exhibiting his paintings since the 1960s and describes his approach to picture making as: “I enter into a playful dialogue with the work in which line, shape, texture and vibrant colour are brought together to inhabit a theme usually based on Caribbean folklore and mythology.” He was a participant in the exhibition ‘No Colour Bar: Black British Art in Action 1960–1990’ at the Guildhall Art Gallery, which took inspiration from the radical lives of Guyanese activists Eric and Jessica Huntley and the publishing company they founded, Bogle-L’Ouverture. Lyons also had several paintings included in the critically acclaimed exhibition ‘Life Between Islands: Caribbean – British Art 1950s – Now’ held at Tate Britain in 2021-22. 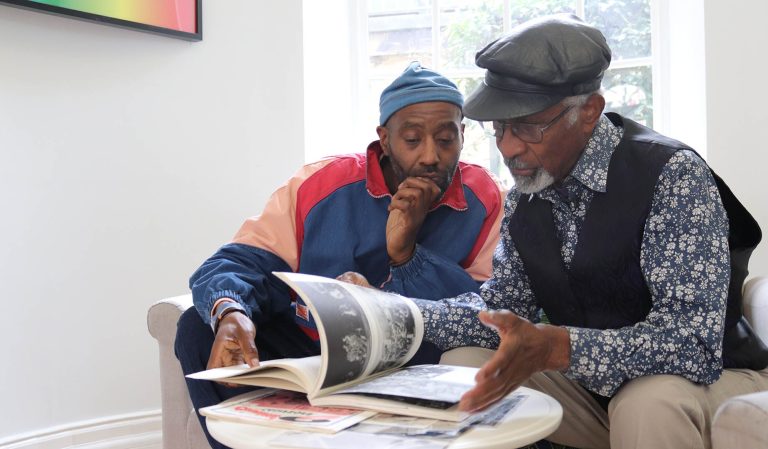 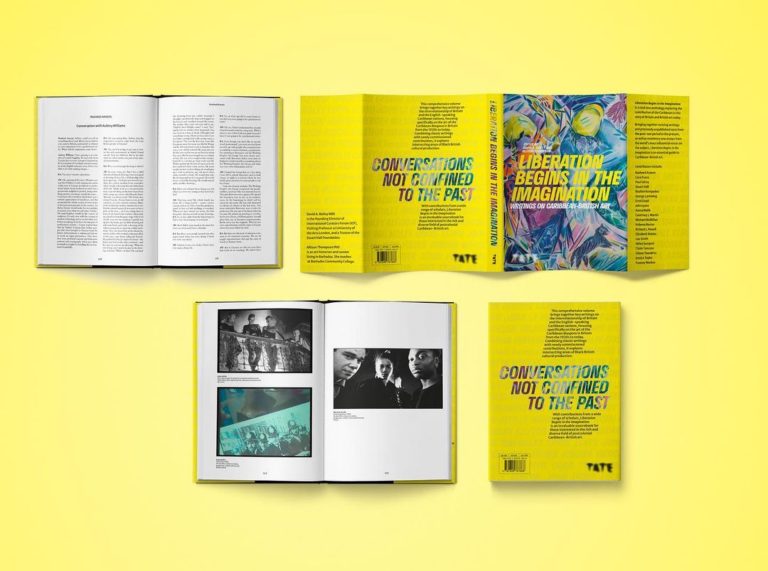 Liberation Begins in the Imagination: Writings on Caribbean-British Art