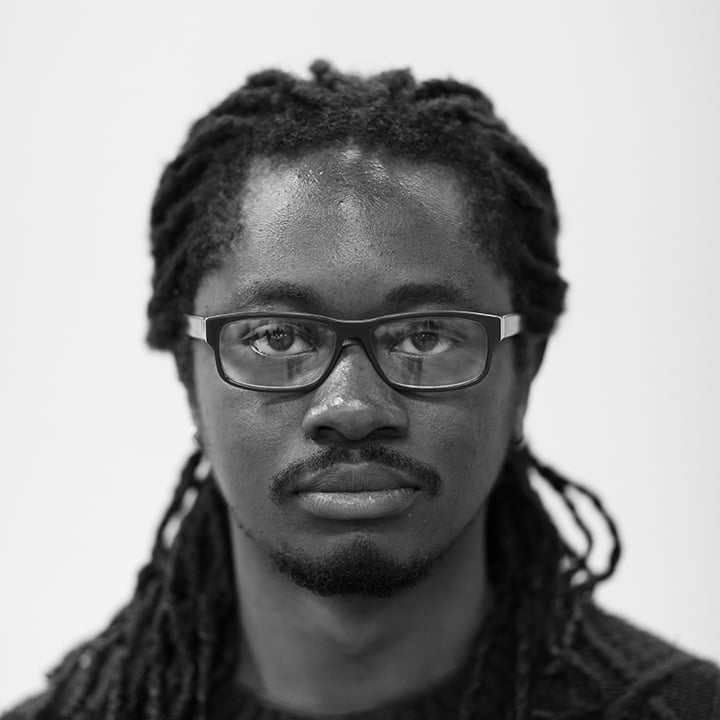 Larry Achiampong’s solo and collaborative projects employ imagery, aural and visual archives, live performance and sound to explore ideas of cross-cultural and post-digital identity – in particular, dichotomies found within a world dominated by social media and digital frameworks. With the enduring expansion and sharing of information via the Internet, the idea of a one-size-fits-all version of history, as previously dictated, continues to be eradicated. At the heart of this phenomenon lies Achiampong’s increased interest in what new truths or versions become available, the multiple possibilities that are created and maintained in the digital realm and the consequences related to ‘IRL’ or ‘In Real Life’. Achiampong crate-digs the vaults of history, splicing audible and visual qualities of the personal and interpersonal archive-as-material – offering multiple dispositions that reveal the socio-political contradictions in contemporary society.

Achiampong has completed residencies at Tyneside Cinema (Newcastle), Praksis (Oslo), The British Library/Sound & Music (London), Wysing Arts Centre (Cambridge) and is currently artist in residence at Somerset House Studios (London). He is a current recipient of the Artist’s Bursary Scheme with Artsadmin (London) and will be presenting artwork in the Diaspora Pavillion at the 57th Venice Biennale.

Achiampong (b. 1984, UK) completed a BA in Mixed Media Fine Art at University of Westminster (2005) and an MA in Sculpture at Slade School of Fine Art (2008). He lives and works in London.