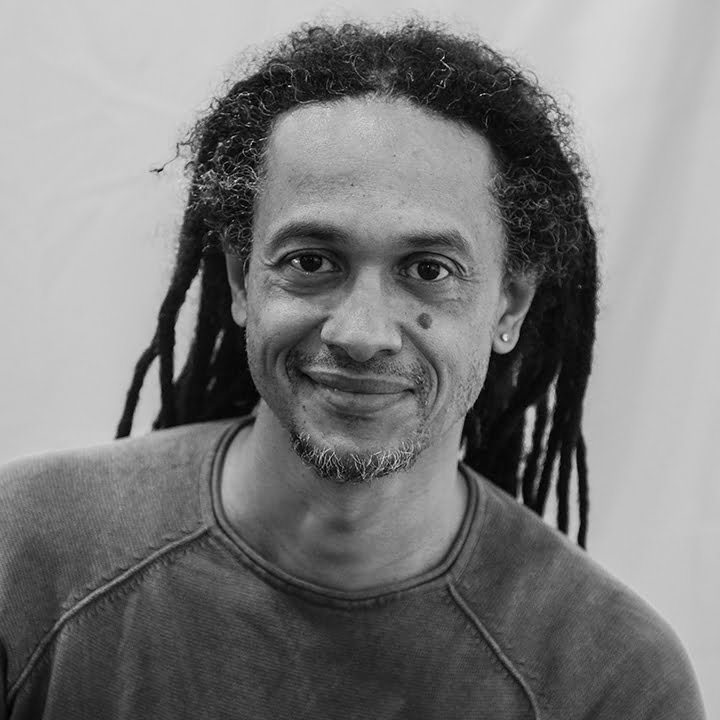 Kimathi Donkor re-imagines mythic and legendary encounters across Africa and its global Diasporas, principally in painting, but also through drawing, video, assemblage, collage, digital media, performance and installation. Narrative paintings address historic figures like Harriet Tubman and Toussaint L’Ouverture, as well as themes such as urban unrest or the pursuit of leisure, beauty and knowledge. Writing about his work can be found in journals and books including Black Artists in British Art: A History Since the 1950s (Chambers, 2014). His solo exhibitions include Some Clarity of Vision at Gallery MOMO (Johannesburg, 2015), Queens of the Undead with Iniva at Rivington Place (London, 2012) and Fall/Uprising at the Bettie Morton Gallery, (London, 2005). Group exhibitions include Untitled: Art on the Conditions of Our Time at the New Art Exchange (Nottingham, 2017) and the 29th São Paulo Biennial (Brazil, 2010). He is the recipient of awards, residencies and commissions including the 2011 Derek Hill Painting Scholarship for The British School at Rome. Born in Bournemouth, England, Donkor is of Ghanaian, Anglo-Jewish and Jamaican family heritage, and as a child lived in Zambia and the English westcountry. He holds an MA degree from Camberwell College of Arts and a BA (Hons) in Fine Art from Goldsmiths College. Dr Donkor earned his PhD at Chelsea College of Arts where he is a post-doctoral research fellow with the TrAIN research centre. He is a Lecturer in Fine Art at the University of the Arts, London. Works are held in private and public collections internationally and in the UK, including at The Wolverhampton Art Gallery and the Sindika Dokolo Foundation. He is represented by Gallery MOMO in Johannesburg, by Omenka Gallery in Lagos and by Ed Cross Fine Art in London.