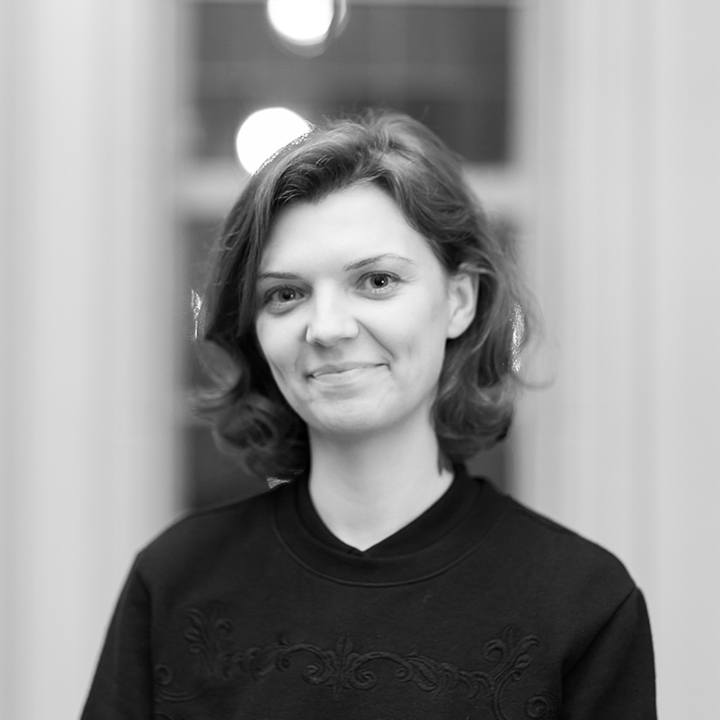 Katarzyna Sobucka is a cultural producer, curator and a founding director of Arts Territory, a London based non-profit organisation focused on developing links between Polish and UK artists. Her primary interest lies in the political and social implications of identity, which she considers to be attributable to a variety of factors rather than a fixed entity. She recently curated the ‘Hunger Is/Isn’t, an Object’ performative project by Karolina Brzuzan at the Kochi Muziris Biennale 2016 and the Myth, exhibition that looks at the socio-political concept of mythology featuring artists like Taus Makhacheva, Alicja Rogalska, Ewa Axelrad, at Artisterium 2015, Tbilisi.

In 2014, Katarzyna led the multi-part curatorial project, Foreignness of Sound, presented at the Institute of Contemporary Art, London, Café OTO and SOAS. The project addressed the relationship between sound, language and communication and featured artists such as Slavs and Tatars and Zorka Wollny (part of the Transkaukazja programme). Katarzyna also co-organised and co-curated an extensive three-part residency and exhibition series, Non-Static Depiction, that rethink the role of folklore and traditional art in contemporary practice. The project was realised within the framework of Tandem Turkey, a long-term programme aimed at boosting partnerships between cultural organisations from Turkey and the EU countries. She also curates experimental music and performance for the Jazz and Experimental Music form Poland festival that she initiated in 2012.

Katarzyna is currently working on The Illusion of Return, a commission-based project supported by a scholarship from the Polish Ministry of Culture and National Heritage that examines issues surrounding the concept of home and belonging. She holds a BA (Hons) degree in Art History from the Goldsmiths College and an MA in Culture, Criticism and Curation from Central St Martin’s.