Curating the International Diaspora is a project that involves working with curators and artists from culturally diverse background across five countries between March 2016 and March 2017. By attending and participating in events in London, the Caribbean, Sharjah during the Sharjah Biennial and Gwangju during the Gwangju Biennial, a group of curators were able to experience and engage with some of most relevant projects and professionals addressing contemporary art and curatorial practice, and to network with a global artistic community, thus offering exceptional opportunities for professional development.

Curating The International Diaspora was an integrated 12-month programme that builds upon ICF’s expansive existing international networks, cultural partnerships and expertise. The project established new knowledge in the relationship between the study of cultural diasporas and contemporary curating, made possible by a programme of focused public events to be held in the UK, the UAE, South Korea and the Caribbean between 2016 and 2017.

Curating The International Diaspora saw the development of different programmes at each site that took the shape of public conferences and programmes, exhibition and biennial tours, workshops and studio visits with artists to collectively explore three themes:

After attending and participating in the Sharjah Art Foundation’s March Meeting in March 2016, and executing a symposium in London at Chelsea College of Art in June of the same year, the project moved to Gwangju in South Korea in September 2016, where a public symposium entitled Is the Curator an Agent or Double Agent of Cultural Identity? was held at at Asia Culture Center (1 -2 September 2016)

The symposium was curated by JW Stella and Mark Waugh and was presented as a collaboration between Asia Culture Center, Gwangju and International Curators Forum, London, with support from Arts Council England and University of the Arts London.

The Curating The International Diaspora program will investigate how emergent cultural diasporas have impacted the curatorship of contemporary visual arts specifically and how new models of contemporary curating have developed as a consequence of these effects. The project will demonstrate how curatorial practice has been radically transformed by the diaspora of people, intellectuals, artists, and cultural workers.

For intellectual and cultural diasporas from diverse origins and disciplines, a new kind of curatorial practice has attempted to represent these changes by creating what Ute Meta Bauer has called ‘a space of refuge – an in-between space of transition and of diasporic passage’ for cultural workers across the world.

Whereas increased global mobilities, displacement, and the vast emigration of cultural producers has had a profound effect on contemporary art and curatorial practice for the last three decades, focused research has not been conducted on the impact of these developments.

Similarly, little attempt has been made to understand how curatorial practice in Asia has been influenced by cross-cultural diasporas or how the emergence of a more globalised art world has taken account of these new networks, flows and their dispersal, which increasingly operate at an international, trans-national, multi-national and global level, with the local and global in constant dialogue with one another.

Issues of cultural identity and representation are highly debated topics at the moment. In the current geopolitical and economic circumstances, the world is increasingly facing the rise of ‘nationalism’ as a dominant discourse, often justified as a sense of self-protection of ‘the people’ under an assumed homogenous collective identity against the heterogeneous ‘otherness’. There is growing concern in the international artistic community about censorship and the closing down of public opportunities to engage with international cultures, despite increasing globalization of cultural flows and practices, facilitated by the advent of digital technologies, social media platforms, and the increasing circulation of products and populations.

In celebration of it’s inauguration of the new Asia Culture Centre in Gwangju, South Korea, this symposium aims to explore the role of curatorial practice and art institutions of Asia in questioning the very notion of (collective) identity and creating a critical space for cultural cross-pollination and encounters within the current geopolitical context.

After the symposium, the group visited the 2016 Gwangju Biennial entitled The Eighth Climate: What Does Art Do curated by Maria Lind, and then travelled to Seoul to visit the Seoul International Media Art Biennale and MMCA Seoul. Ar 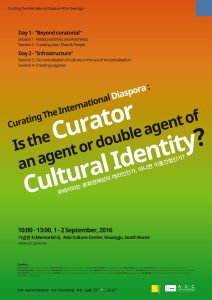 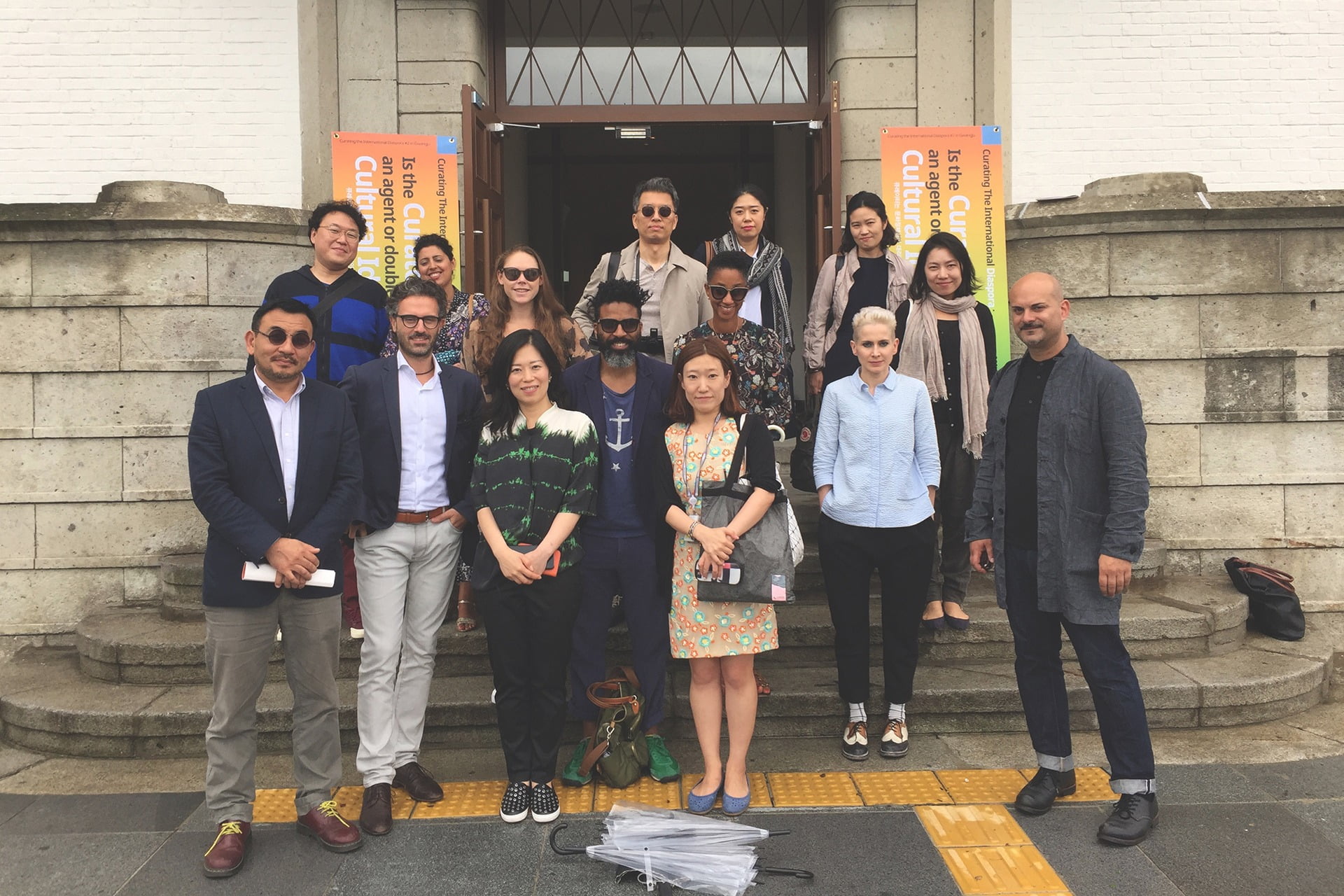