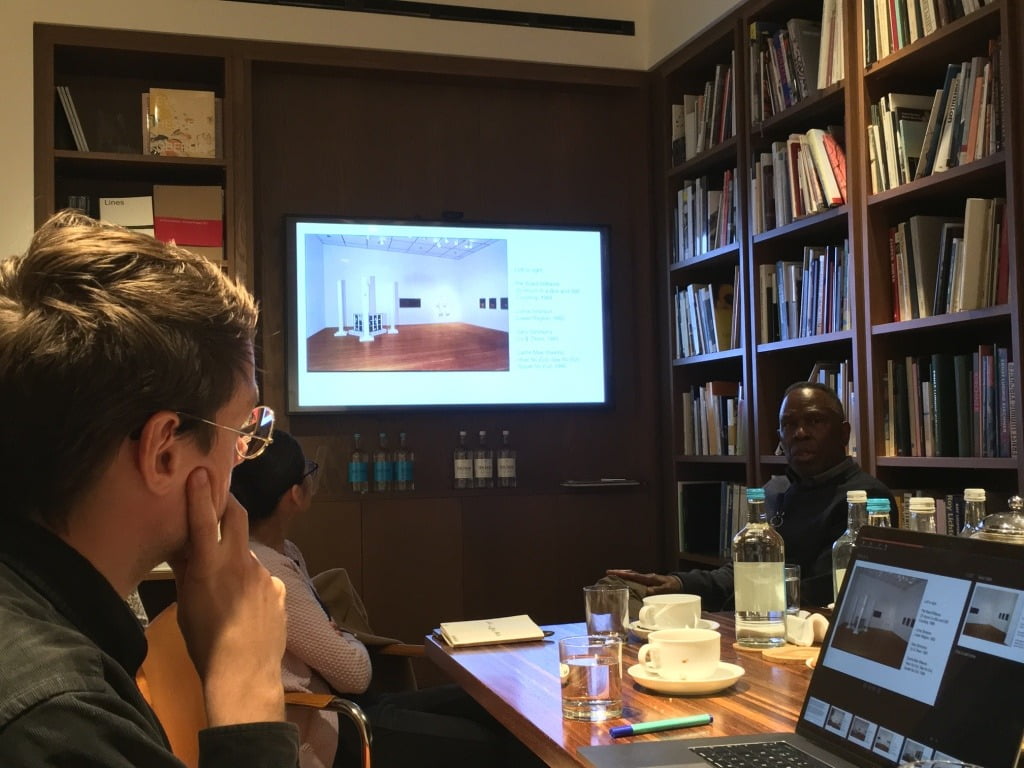 In collaboration with Afterall and Hauser & Wirth, ICF held a masterclass with US-based artist and curator Charles Gaines. During the event, Gaines spoke to a group of invited artists, curators and writers about his artistic practice and his groundbreaking 1993 exhibition The Theatre of Refusal: Black Art and Mainstream Criticism. Gaines also spoke about The Theatre of Refusal, which foregrounded questions of structural racism by juxtaposing works by African-American artists with examples of their reception in mainstream art criticism, in a public talk at Whitechapel Gallery – the video link for which can be found here.