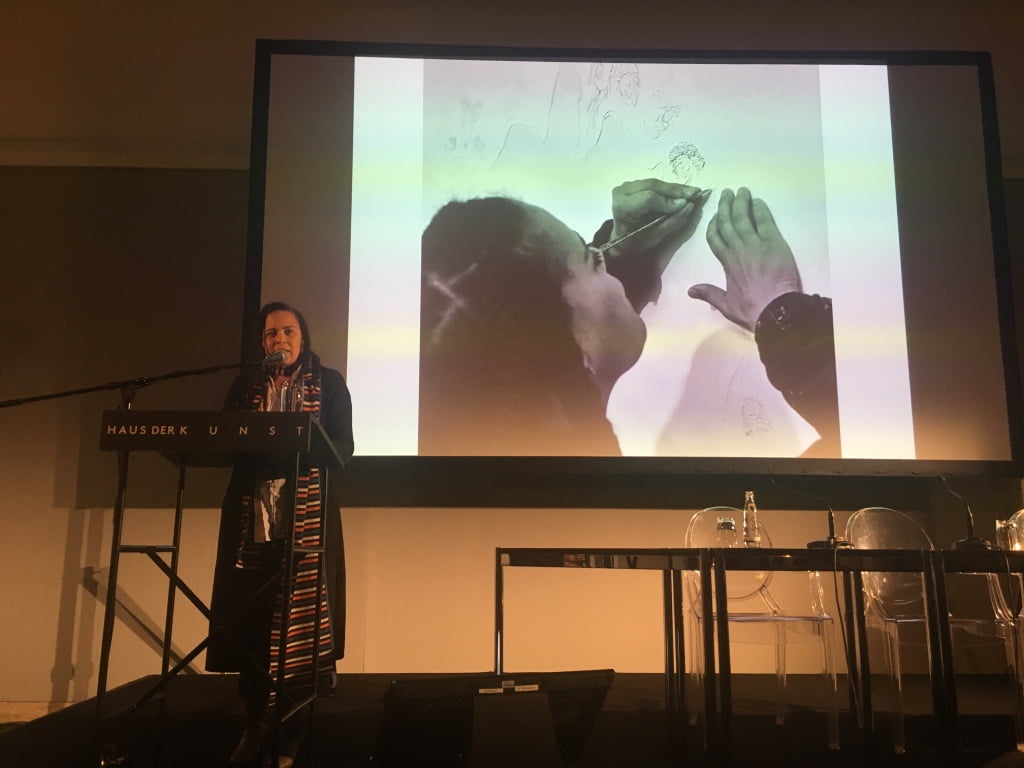 The Sea is History: Art and Black Atlantic Cultures

A Symposium around the work of Frank Bowling, Haus Der Kunst, Munich

On 20 October 2017 ICF collaborated with curator Okwui Enwezor on a symposium at Haus der Kunst in Munich as part of the exhibition Mappa Mundi. The exhibition was a comprehensive survey of monumental and mid-sized paintings by the distinguished Guyanese-born, British painter Frank Bowling.

The goal of this symposium, entitled The Sea is History: Art and Black Atlantic Cultures, was to examine the intersection of the artistic, theoretical, literary, and cultural dimensions of Bowling’s practice. Invited participants, ranging from literary scholars, cultural theorists, and art historians to artists, will bring into sharp focus the ways in which the Black Atlantic continues to inform the production of art today by a new generation of artists.