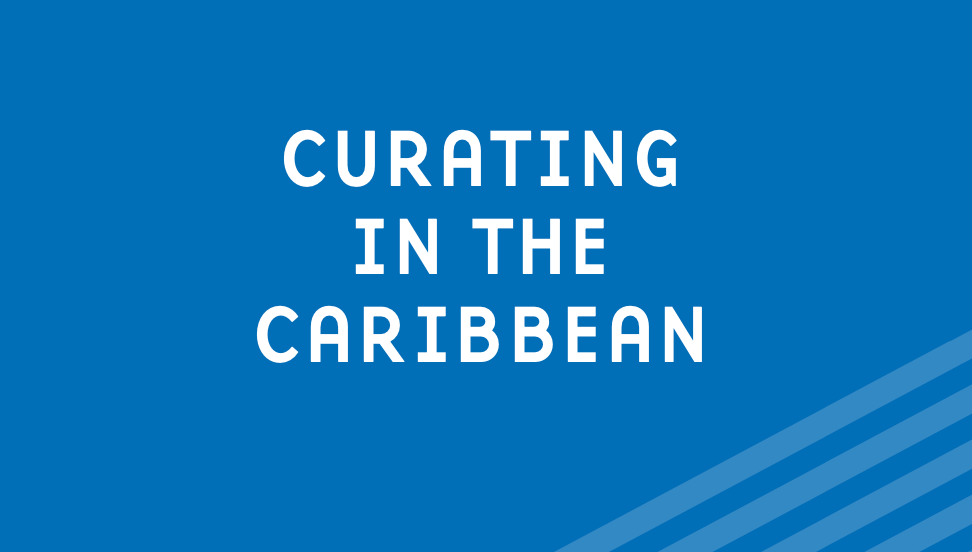 Curating in the Caribbean

Curating in the Caribbean is a publication produced in 2012 that brings together a wide range of authors, all of whom were born and/or work in the Caribbean, who were invited to contribute essays which explore the current curatorial drive within the Caribbean. The theme of curatorship is considered in its broadest context, and encompasses many different projects and initiatives aimed at creating a platform for the visual arts, making visual art ‘visible’ by bringing it to a wider audience and broadening the critical discussion around it.

Curating in the Caribbean is a unique document—unique in the sense of its Caribbean perspective and unique in how the project emerged out of the Black Diaspora Visual Arts (BDVA) programme. This programme began in 2007 as a strategic legacy of the Bicentenary of the Abolition of the Slave Trade commemorative year, led by the Barbados National Art Gallery Committee and the International Curators Forum (ICF)—a UK-based network set up to address emerging international issues and a range of themes related to contemporary curatorial practice in the Black Diaspora and visual culture in the twenty-first century.

A number of leading scholars, curators and artists have been invited to participate in intercultural dialogue and knowledge exchange at symposia held in March 2008 and February 2009, the latter taking as its starting point generational shifts in the post-war history of the Black Diasporic arts.

The third symposium in the series on ‘Caribbean Curatorship and National Identity’ took place in Barbados on 1 December 2009, as part of a broader conference in collaboration with the Museums Association of the Caribbean, the Barbados Museum and Historical Society and the International Council of Museums. The symposium focused on the intercultural competencies that support the professional development of cultural leaders and the promotion of formal and informal peer support networks with arts practitioners in Barbados and the Caribbean Islands across the Black Diaspora.

It was in support of BDVA’s strategic plan, that the National Art Gallery Committee and the Barbados Museum and Historical Society collaborated with the Prince Claus Fund, the International Curators Forum and The Green Box on the production of a publication on the theme of Curating in the Caribbean as a forum for the visual arts. It was envisaged that this publication will document the ideas generated and progress made to date in artistic and professional quality with recommendations on frameworks and platforms for future international cultural and knowledge exchange across the Black Diaspora.

In this context it was always envisaged that the publication will be used as an advocacy document to raise the international profile of artists and curators living and working in the Caribbean Islands, and to promote opportunities for international exchanges between visual arts agencies and institutions across the Diaspora.

Curating in the Caribbean seeks to contextualise the cultural production of post-war Black Art against the background of generational shifts as a result of migration across the Diaspora. Furthermore, the publication has proven both relevant and instructive for delivering a Caribbean agenda of social inclusion and community cohesion by using visual art as a medium for breaking the silences common in the post-colonial constellation of developing countries. The publication will be an important addition to the canon of Caribbean art literature.

Finally, we see Curating in the Caribbean as a strategic platform for intercultural exchange between artists, curators, gallery directors and scholars living and working in the Caribbean and the broader region, helping to deliver globally new international working and adult education outreach programmes, through skills development and knowledge exchange. The publication acts as an agency to the power of culture, through providing intellectual ballast and new audiences for the canon of social commentary produced by Caribbean visual artists.