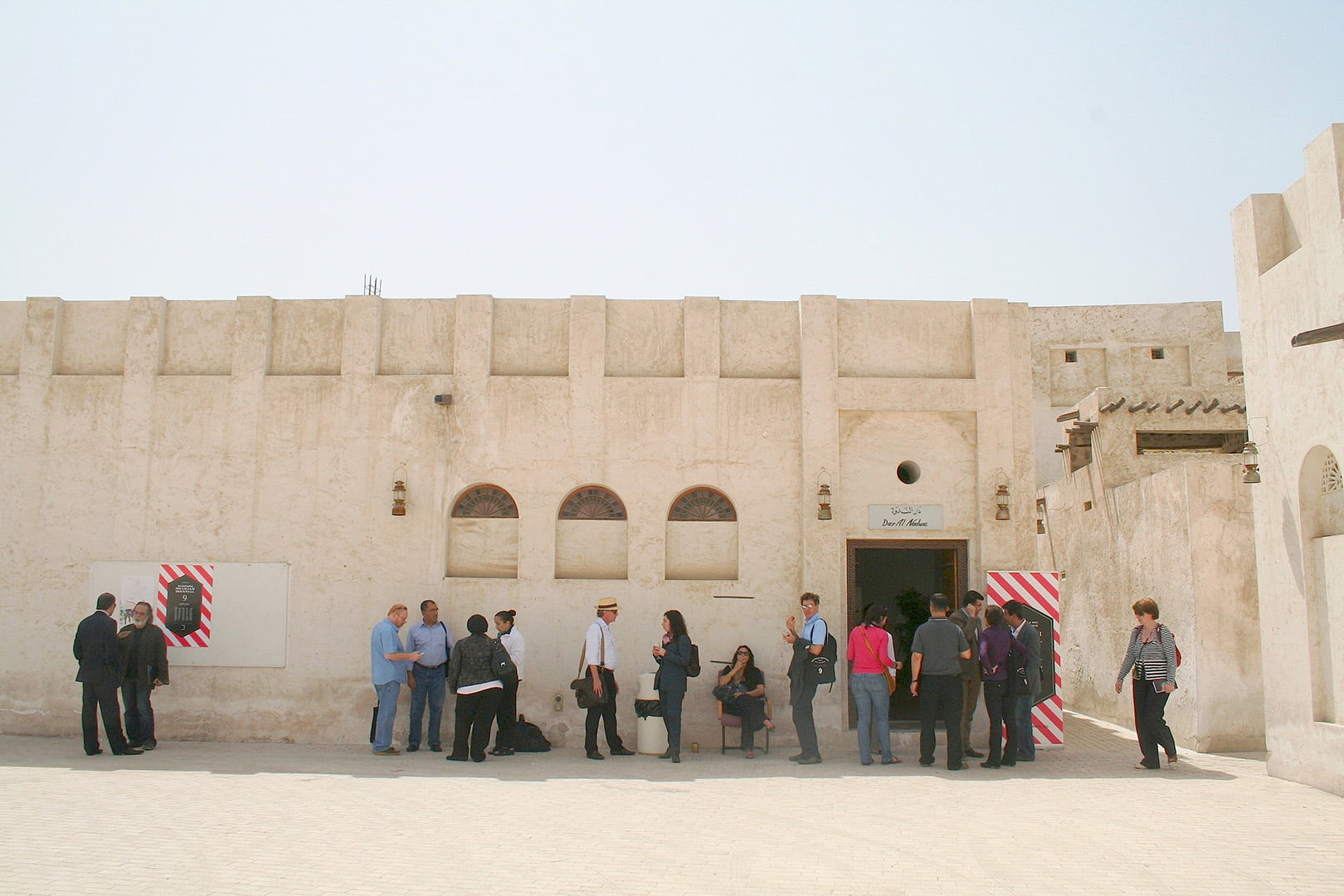 The Curators’ Workshops at the 2009 Sharjah Biennial were part of the larger Middle East Programme funded by the World Collections Programme (WCP). The workshops took place as part of second stage of the project, following on from a period of travel and research undertaken by Tate curators and the Middle East Symposium held at Tate Britain and Tate Modern in January 2009. These workshops were a collaboration between Tate, Sharjah Biennial and ICF.

All three workshop sessions, taking place on the terrace of Shamsi House, were closed to the public and included around 26 emerging curators from the Middle East region and the UK. Each session lasted for around 2 hours, and was chaired by Judith Nesbitt, Frances Morris and Mark Waugh respectively. The sessions began with contributions (in the form of a short talk) from two or three of the participants.

Aims
• To provide a forum for emerging curators from the Middle East and the UK to discuss shared issues and differences
• To provide an opportunity to develop relationships, networks and friendships

Session 3: Friday 20 March
Dialogue and exchange – the relationships between institutions and audiences, between the private and the ‘public’ sectors and between the national and international.